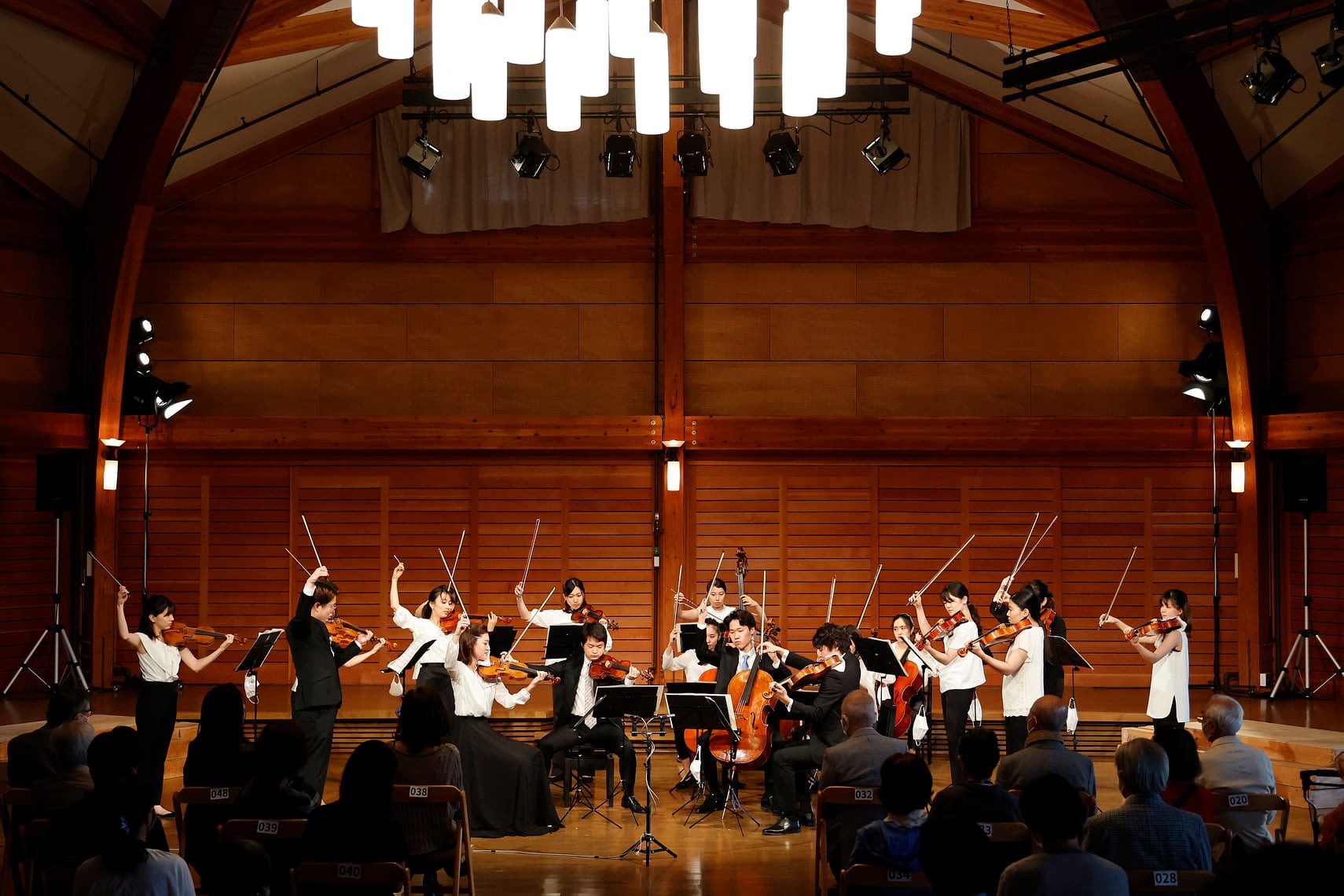 At 15:30 on September 12th (Sun), the performance was held at the Music Hall in Okushiga Kogen Hotel at last!
The performance was fruitful. Each quartet performed well and showed a wonderful performance with outstanding concentration, while the instructors who gave strict but heartful guidance every day during the camp watched over the concert.
The hexagonal concert hall, which represents snowflakes, and built with lots of wood, which gives the warm atmosphere, The Music Hall in Okushiga Kogen Hotel was filled with the string music of young talented musicians.
We would like to express our sincere gratitude to all the audience who came to the concert, as well as the members of the Okushiga Kogen Jokai, and the supporters of the event, have been hosting the concert for many years.
The journey of OICMA goes on. Tomorrow, September 13th (Monday) will be a concert (closed performance) at Yamanouchi Junior High School. Stay tuned for the updates!
Then, the journey continues to the Tokyo performance (starting at 19:00, Dai-ichi Seimei Hall) on September 14th (Tuesday). The Tokyo performance will be held as scheduled.
Please look forward to the performance full of youth and seriousness!
Concert details can be found at;
https://ozawa-academy.com/en/concert/